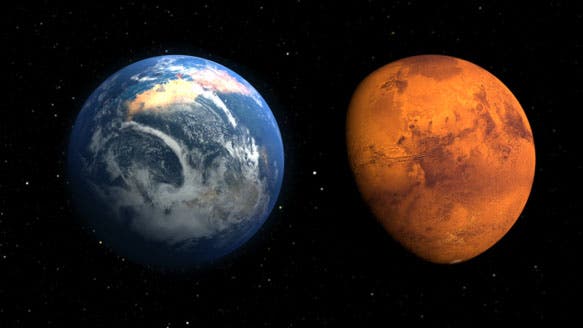 Chongqing Survey Institute Realised What Many Still Dream Of

Since 1998, the Chongqing Survey Institute (CSI) has been managing the 3D geoinformation database, including terrain, buildings, underground pipelines, geology and underground buildings, of the megapolis of 30 million people. For the commercial market, CSI’s 3D Mobile group focuses on combining the indoor and outdoor environment with e-commerce systems. Meanwhile, its BIM and GIS Integration group concentrates on three fields: geological survey, construction sector and municipal administration.

Chongqing is a city of unique topographical and landscape features. It is built on mountains and partially surrounded by the Yangtze and Jialing rivers, making mapping the city a big challenge for the Chongqing Survey Institute (CSI). Capturing the terrain in three dimensions is, due to the topographic features, an immediate plus. By integrating ground and underground 3D geoinformation, the 3D database of Chongqing is widely used in the fields of urban planning, utility management, construction simulation, emergency response, etc. CSI has been honoured as an advanced city survey unit in China several times. There are tens of millions of objects in the database, which currently covers spatial objects of 82,000km2, including both above-ground and underground structures, roads, terrain and (underground) pipe networks. Chongqing is changing at an annual rate of approximately 5%, mainly because of the development of new urban areas. There are about 30 employees responsible for the maintenance of the 3D geodatabase. “For pipeline data this is automated with rule-based workflows, but other 3D data still requires manual modelling,” explains Ms Mei Xue, vice chief engineer of CSI and also in charge of the Geo-Information department. “According to the local regulations, when a building or a civil project is completed, the 3D model needs to be input into the database. So far we’ve been updating the database on a monthly basis.”

NOT ONLY FOR VISUALISATION

The Chongqing 3D models are highly informative models; one can take coordinates from the 3D objects, other attributes and hyperlinks for further information, etc. Therefore the 3D models with different levels of detail – from topographic sources to civil & infrastructure engineering and AEC – are not only for visualisation purposes, but are also widely used in environmental simulation and decision-making. They facilitate many changes. For instance, the rule-based 3D engine provides real-time adjustment, 3D simulation and assessment for the planning and design schemes. These are new but very effective technological tools for the workflow planners, according to Ms Xue: “The 3D engine can also be applied in ‘intensive’ city management when connected with information about enterprises, population and real estate.”

CSI maintains a leading position at national level in the aspects of key 3D city simulation and 3D modelling technologies, mass multi-source data integration, and so on. A total of 66 software programs with independent copyright have been developed and 29 national patents were acquired which brought notable economic profit and social benefit. “With the rapid development of 3D geodata acquisition techniques, the biggest challenge is no longer the timely generation of urban data. Rather, it is in relation to how so much information can be exploited and integrated successfully into contemporary spatial planning and management. And we have to solve the redundancy and inconsistency issues when modelling data from different sources,” Mei Xue adds.

The promising 3D technology makes ever-more demands on the capabilities of the institute’s staff. They are focused on the cultivation of cross-functional skills and teams in software engineering, surveying and mapping, geology and law. Furthermore, there is a growing need for engineers who are keen to become experts in big data modelling and data mining. The role of a surveyor is changing, of course. “With the modernisation of surveying and mapping technology and equipment, many surveyors now need to work indoors as well – some of them are in charge of research & development tasks.” There are 914 surveyors at the institute, 587 of whom work outdoors.

Elsewhere, most 3D tools have to be used with 2D GIS and then visualised in a 3D environment (draping attributes over surfaces, so in effect 2.5D). That is not the case in Chongqing. The special topography of Chongqing makes it very difficult to demonstrate the complex topographic and landscape characteristics through 2.5D maps. Therefore, Ms Xue and her team use the concept of micro-topography to conduct 3D modelling based on the comprehensive utilisation of procedure modelling, building information modelling (BIM), Max modelling and oblique imagery modelling. “We’ve also developed our own software platform for the integration, management, dissemination and application of data. This platform supports the 3D analysis on matters such as landforms and sunlight. However, professional analysis software is still needed in terms of the complex environmental simulation analysis – noise, atmosphere, dewatering, etc.”

The establishment of the 3D database requires vast investment in data collection, update and maintenance management. However, the vice chief engineer does not give any numbers, not even on the plus side (describing them only as “very remarkable benefits”). When asked about the applications of 3D GIS which deliver the greatest user benefits in Chongqing, she answers: “I’d say the 3D civil design application and the 3D urban planning review application. These two applications are widely used by both the public and private sector in Chongqing. In the planning and design field alone, the 3D database has created enormous economic benefits. For example, thanks to our high-performance and very up-to-date database, we can provide new kinds of 3D survey and design services with greatly improved competitiveness on the commercial market.”

For the commercial market, the institute’s 3D Mobile group focuses on combining the indoor and outdoor environment with e-commerce systems. Citizens can view the restaurants and shops, search the racks of clothes in real time, view the price tags and use their mobile devices to make purchases. The 3D environment of the shops is captured by the Chongqing Survey Institute, and the retailers themselves can update the information about their merchandise on the platform. The institute has set up an internet-based operation platform and – equally importantly – has established good cooperative relationships with the local commercial enterprises who also sell via e-services. That required new marketing expertise. The main technological challenge for CSI in combining the indoor and outdoor environment with e-commerce systems is the real-time image mosaic and fusion technique. Due to the frequently changing indoor environment – and in particular the displayed goods – the store owners need a convenient and efficient way to automatically match and correct the real-time images of their brick-and-mortar shops and update commodity information after the indoor photos are uploaded.

Nowadays integrating 3D data with different semantics, especially BIM and GIS, is one of the biggest challenges in the 3D domain. CSI’s BIM and GIS Integration group is addressing the integration issue in both the architecture and civil fields. The team has also developed software to integrate and simulate the BIM models of buildings, roads, bridges and parcels in the 3D GIS environment. According to CityGML’s level of detail (LOD) concept, most of the 3D models are at LOD2-3, while a small number of core areas reach LOD4 due to the integration with BIM data. The accuracy of data is consistent with the 1:500 topographic maps. Mei Xue: “In my opinion, what matters most in the integration with BIM data is the semantic divergence and difference rather than the accuracy of data. Interoperability is the keyword of GIS-BIM integration for which cross-functional knowledge, experience and communication are crucial.” At present, a team of 20 has been set up to conduct technical research into the integration of BIM and GIS, primarily comprising three fields: geological survey, construction and municipal administration. With the professional BIM technical engineers and software research & development employees in each sector, CSI has completed several pilot projects in all three fields. “The economic value of these pilots, however, is yet to be examined through market projects,” states Ms Xue, indicating one of her plans for 2017. Another plan is to provide spatial data for the construction of smart cities. “This year we hope that more BIM models can be integrated in the 3D database for the pilot applications of smart city. Another important goal is to provide BIM engineers with better GIS tools. In the field of civil design, the designed roads and pipelines need to be integrated into the geographical environment. But today’s BIM software is not very well suited to cope with the high volume of 3D geodata about the area in which the new constructions are planned. We will provide a cloud-based 3D platform to our BIM engineers. By uploading the proposals to the cloud, they can simulate the proposals in a 3D geospatial environment and assess the environmental impact.”

Established in 1950, the Chongqing Survey Institute (CSI) is one of the oldest urban surveying institutes in China. The institute is part of the Chongqing Municipal Planning Bureau. The amount of public funding each year depends on specific programmes. Most of them are basic survey programmes, e.g. to produce and update 1:5,000 DLG (digital line graphs), DEM (digital elevation models) and DOM (digital orthophoto models) data. By far the largest part of the institute’s income comes from commercial activities, such as geology surveys, GIS software development, civil programme design and engineering surveys. CSI employs over 1,000 multi-disciplinary staff, including six women in high management positions (out of 67). The average age of the employees is 35.

Chongqing is a mega-city – or sub-province – in southwest China and one of four municipalities directly controlled by the central government (as are Beijing and Shanghai). Chongqing is a rapidly urbanising area of more than 82,000km2 and it has a population of nearly 31 million people.